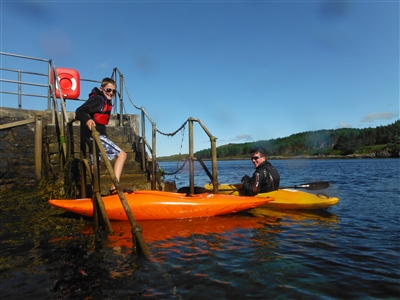 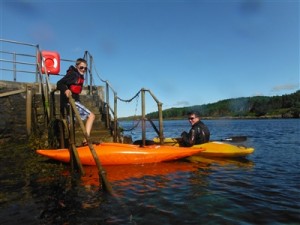 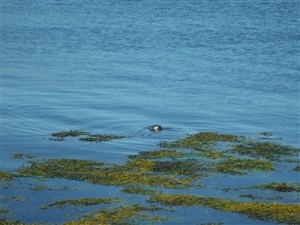 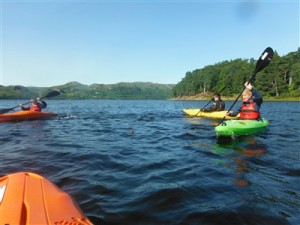 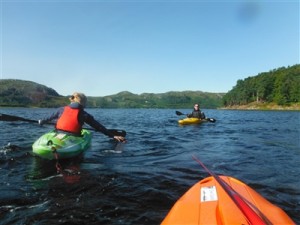 A sunny mornings kayaking from Poolewe with the Websters. Louise, Murray and Lorn where keen to get out on the water whilst Geoffrey chose to visit the cafe.

We headed off to learn some skills and see what we could see. We found some seals playing in the water when we got up to the Inverewe bay, always a nice sight. 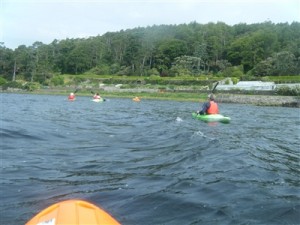 This morning saw a windy start to the day in Poolewe. The wind didn’t deter Grant, Connie, Katie or Rhona in the slightest and they where all keen to get onto the water. After getting going they picked up the skills despite the wind trying to push them around.

Connie reassured herself that she would simply fall out of the kayak if she capsized by trying it out. Once getting back in she kept going, not letting the fact that she was soaked get her down. The wind chose to calm it’s self towards the end of the session, giving us a nice gentle end to the paddle. 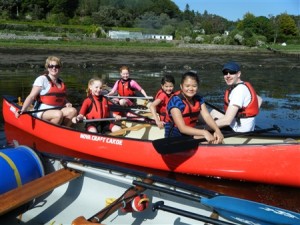 On this fine afternoon I was joined by Glen, Alex and their tribe – Emma, Amy, Jasmine and Michaela. We all set off for a paddle in the canoes from Poolewe.

Both boats – Glen, Emma, Michaela and Alex, Amy, Jasmine – paddled well, being able to maneuver their boats where they wanted to. Some frantic fun games ensured everyone had tired arms by the end of the session. 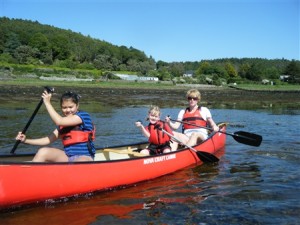 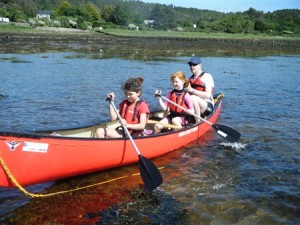 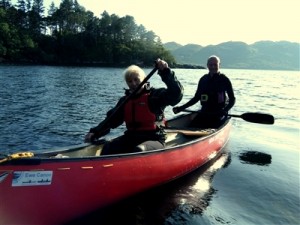 Local’s Andy and Margo came out to join me for a relaxing paddle one evening after I had been working in Poolewe. They have sit on top boats themselves, but came out in one of my canoes to see what it’s like. We just went for a little paddle around the side of Inverewe Garden. I can’t even remember if we had any seals/otters/other sightings? 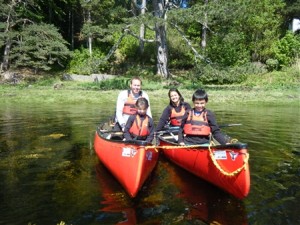 Another fine sunny morning meant another fine morning on the water. The Skilling family met me in Poolewe for a a fun canoeing session in the bay. We set off easily with a nice high tide and found out just how easily these large canoes can turn. It wasn’t long before the canoes where being paddled on target. 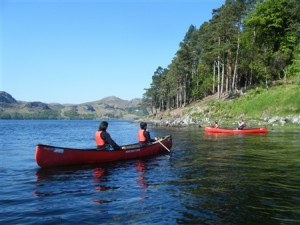 With some practice and instruction the teams found they could get the canoes where they wanted them with no problems so it was time for games in the sun. Those sneaky Loch Ewe Piranhas made an appearance, ensuring there was lots of frantic paddling. 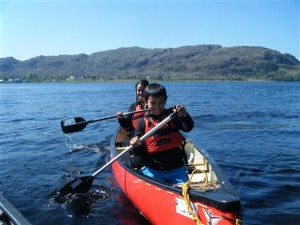 Both boats – Sangita & Joshua and Robin & Sofia couldn’t seem to stop smiling the whole time. Everyone paddled well, with Sofia deciding part way through that it was far better to be chauffeured around, but as she’s only 6 that’s not too bad! 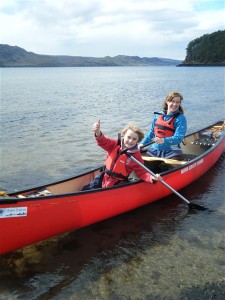 Paul, Emily, Coll and Anita arrived on a sunny afternoon in Poolewe ready for a canoeing session. After our initial chat about the boats and getting kitted out we set off to see how the canoe’s paddle. Both teams, Paul & Anita and Emily & Coll, soon got to grips with the way the boats could be manoeuvred through the water and we set off for the shores of Inverewe Garden.

We improved our turning strokes and then put them to test with a good game of Loch Ewe Piranhas. After a relaxing hot chocolate and biscuit break we jumped back on the water for more fun and games. 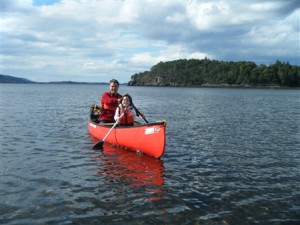 Towards the end of the session we put Coll’s skills to the test by sending him off in a kayak. He coped well, being able to paddle his kayak just where he wanted to go. With Paul & Anita still zipping around in their canoe and Emily and Coll both flying around in kayaks it was time for another game of Piranhas.

Coll claimed he didn’t get hit in the face…the photo makes it look like he did! Both Coll and Anita paddled well for such young folk – well done. 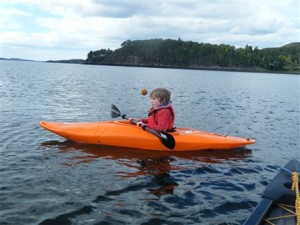 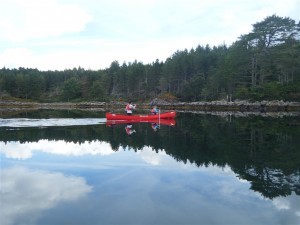 Tim, Alison, Tom & Harry had one of the stillest days on the water so far, not a ripple anywhere. Well, apart from the otter’s ripples and of course the the pesky seal that kept following us and surprising Harry! 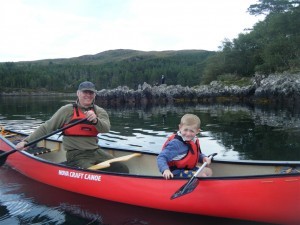 The still water made paddling easy, making it a calm and relaxed morning. 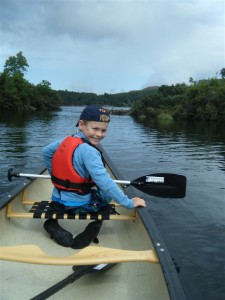 Tom even managed to gain his Paddle Power Start Award – well done! Harry will have to wait till he’s a little bigger. 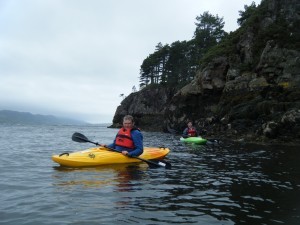 All four family members, Stephen, Kathryn, Ken and Fiona, started off on the water brilliantly, managing to keep their boat going just about straight from the start.

After a while of practising strokes by playing a few games we headed into the wind for a paddle around to Camas Glas. 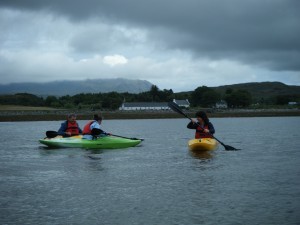 On the way back Ken got board of paddling and decided to do some swimming, a few times! We then played a few more games ending up with some more swimming before heading back for hot drinks.