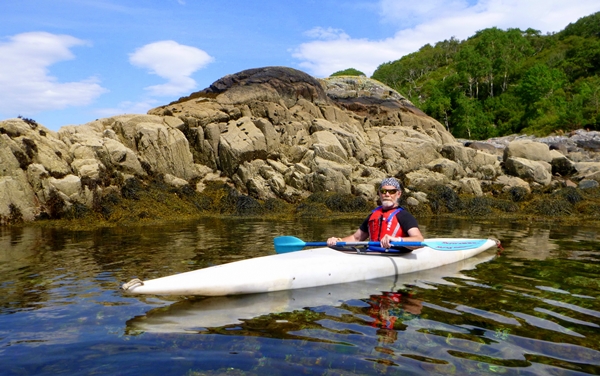 Neil had recently bought a kayak and wanted to refresh his skills and get it paddling well. We spent a good amount of time chatting about kit so that he’ll be able to keep himself safe when he’s out on the water. By the end of the session he was getting his kayak to go where he wanted it to, not so easy with a boat that wants to spin like a roundabout!

I had been due to be paddling with Neil the day before but had to cancel as I was out on the hill with the MR team, so thanks Neil for being flexible and able to slot into the next day.

When Neil’s in the area he spends most of his time down at the harbour manning the Glendale boat hire office, you can hire small motor boats to explore the area.