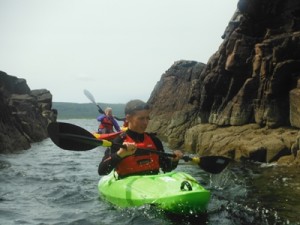 The sun was shining, the water was flat, it was a typical day in north west Scotland….

Great conditions for a morning of kayaking and not a midge in sight. We meet at the old marine harvest slip way, just a couple of hundred metres from my house and right next to the groups house. Neil Griffiths had some friends up for the week Peter, Tommy and Conor. We where also joined by Danna for the morning who was staying at the Aultbea Hotel. 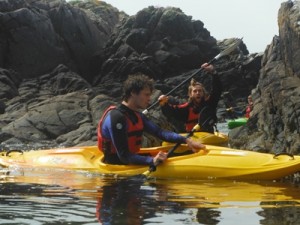 With a lot of competitiveness and boisterousness it was clear we’d get at least one capsize during the game. I won’t mention names of who capsized, but I think Conor was glad he was wearing a wetsuit! We had a good paddle up around the coast, nipping into lots of nooks and crannies along the coast. The pier at Mellon Charles beach proved irresistible and 3 of the group climbed to the top just to throw themselves off into the chilli water. 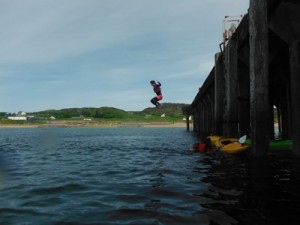 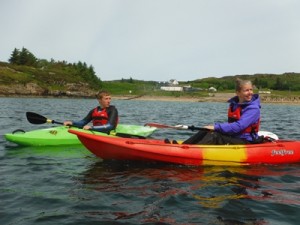