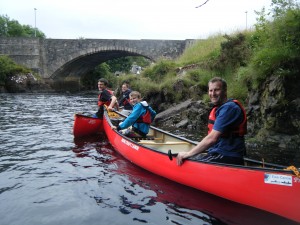 This afternoon a quick last minute canoe session was squeezed in at Poolewe.

The teams where Karen & Keven in one boat and Donald & Scott in the other. Both pairs became good enough to eddy hop along the River Ewe up to Poolewe bridge. 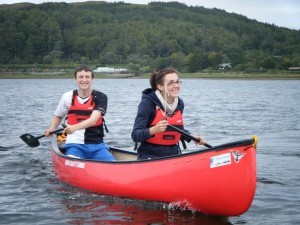 On the way back a game of ‘Lock Ewe Pyranhas’ turned into a splashing fight, both teams got drenched but spirits stayed high and everyone was still smiling when we arrived back at the cars.